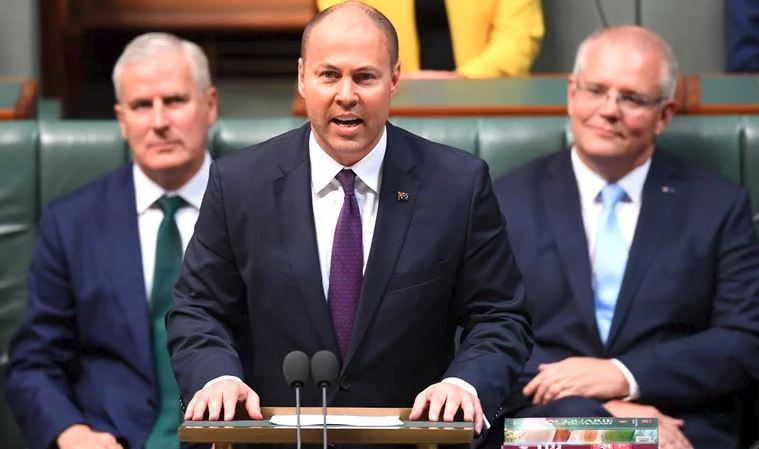 On Tuesday, 2 April 2019, Treasurer Josh Frydenberg handed down his first Federal Budget. In an election Budget, the Treasurer announced the first Budget surplus in more than a decade at $7.1 billion for the 2019-20 financial year. The Government forecasts a total of $45 billion of surpluses over the next 4 years. Total revenue for 2019-20 is expected to be $513.8 billion, an increase of 3.6% on estimated revenue in 2018-19. 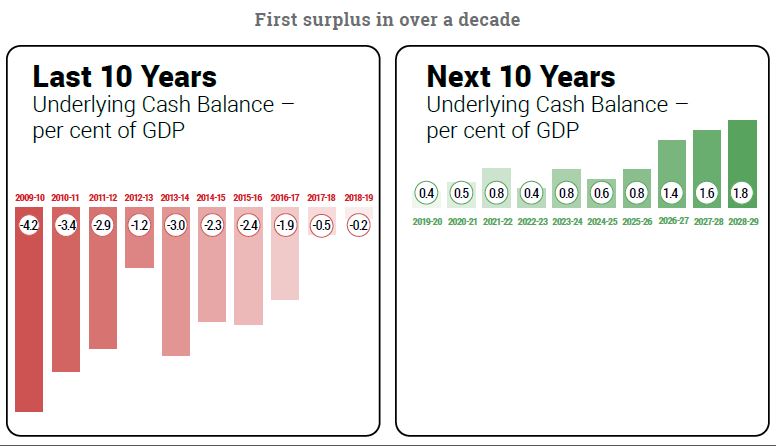 In the next few days, Prime Minister Scott Morrison is expected to announce an election date of either Saturday 11 or 18 May 2019. This Budget is unique because of its close timing to the election for two reasons. Firstly, the Liberal Government is unlikely to be able to legislate any of the measures announced prior to the election, so many of the proposals and tax incentives discussed in this analysis may not come to fruition. Secondly, the Morrison Government also announced $3.2 billion in Budget expense measures under the heading “decisions taken but not yet announced”. Therefore, expect to see some further ‘sweeteners’ announced prior to election day as the Coalition tries to win some ground back on the polls.

This places the current Government distinctly apart from the Australian Labor Party which has a superannuation policy platform that will negatively impact many retirees because of the proposed changes to remove excess franking credit refunds, and restrict super contributions. In addition, Labor has also proposed that if elected, they will remove the tax deductions for negative gearing when investing in property (except for new build houses), and reduce the Capital Gains Tax (CGT) discount to 25%. Concerns are that this could contribute to a slowdown in the Australian economy, put further downward pressure on property prices, and create a negative wealth effect overall.

The Government will reduce the 32.5 per cent tax rate to 30 per cent, more closely aligning the middle tax bracket with corporate tax rates. This will cover around 13.3 million taxpayers earning between $45,000 and $200,000 and will mean that 94% of taxpayers are projected to face a marginal rate of 30 per cent or less.

Proposed changes to personal tax rates and thresholds over time

While the Medicare levy remains unchanged at 2% of taxable income, the thresholds for low-income singles, families, and seniors and pensioners will increase in the 2018–19 income year.

These changes will benefit small and medium‑sized businesses and improve their cash flow as they will be able to immediately deduct purchases of eligible assets each costing less than $30,000.

Around 3.4 million businesses, employing around 7.7 million workers will be eligible. 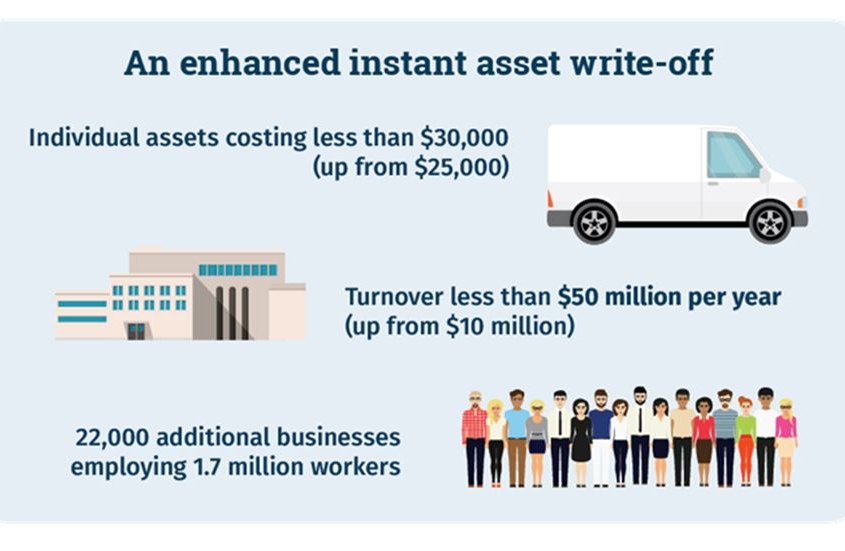 The work test will no longer need to be met to make voluntary contributions to superannuation from 1 July 2020 for those aged 65 and 66. The ability to utilise the bring-forward rule will also be amended to allow individuals less than age 67 to contribute a greater amount to superannuation. This means the work test requirements will align with Age Pension age which will be 67 from 1 July 2023.

There is no change to other criteria, such as the total superannuation balance, which will limit the ability to make non-concessional contributions.

The removal of the work test would provide the opportunity for those eligible clients to:

There is no change to other criteria, such as the total superannuation balance, which will limit the ability to make non-concessional contributions.

Insurance in superannuation
From 1 October 2019

Part of the Government’s Protecting Super Package included the provision of insurance in superannuation on an opt-in basis for accounts with balances of less than $6,000 and for members under age 25. The original start date for this was 1 July 2019, however it has been deferred until 1 October 2019.

Trustees of superannuation funds will be able to choose the method they use to calculate exempt current pension income (ECPI) for funds with members in both pension and accumulation phases.

The requirement for superannuation funds to obtain an actuarial certificate to calculate ECPI under the proportionate method when all the members are in retirement phase will be removed.

This measure would be primarily of interest to Self Managed Super Fund (SMSF) trustees.

A one-off payment of $75 for singles and $62.50 for each eligible member of a couple will be made to assist with the cost of energy bills. To be eligible, an individual must be a resident in Australia and be eligible for a qualifying payment on 2 April 2019. Qualifying payments are:

The payment will be tax free and not counted as income for social security purposes.

Former spouses and former de-facto partners of veterans will be able to access the Partner Service Pension when they separate from their veteran partner.

More funding will be available to improve the quality, safety and accessibility of residential and home care services, including:

The budget includes a record $100 billion in funding for road and rail projects around the country over the next decade.

The Government announced that it will provide $36.4 million over 5 years from 2018-19 to extend Family Tax Benefit (FTB) eligibility to the families of ABSTUDY (secondary) student recipients who are aged 16 years and over, and are required to live away from home to attend school.

The Government will provide $1.0bn over 4 years from 2019-20 to the ATO to extend the operation of the Tax Avoidance Taskforce and to expand the Taskforce’s programs and market coverage.

The Taskforce undertakes compliance activities targeting multinationals, large public and private groups, trusts and high wealth individuals. This measure is intended to allow the Taskforce to expand these activities, including increasing its scrutiny of specialist tax advisors and intermediaries that promote tax avoidance schemes and strategies.

The Government has also provided $24.2m in 2018-19 to Treasury to conduct a communications campaign focused on improving the integrity of the Australian tax system.

The Government will provide an income tax exemption for qualifying grants made to primary producers, small businesses and non-profit organisations affected by the North Queensland floods.

The exemption will apply where the grants relate to the monsoonal trough, which produced flooding that started on or after 25 January 2019 and continued into February 2019. The grants will be non-assessable non-exempt income for tax purposes.

The Government will provide an income tax exemption to primary producers in the Fassifern Valley, Queensland affected by storm damage in October 2018.

The tax exemption relates to payments distributed to affected taxpayers through a grant totalling $1.0 million to the Foundation for Rural and Regional Renewal, working with the Salvation Army and a local community panel.

Please contact our office if you would like to review your situation and determine the financial strategy options that will assist you secure your future.